Tapescrew on Worship (with apologies to C.S. Lewis) 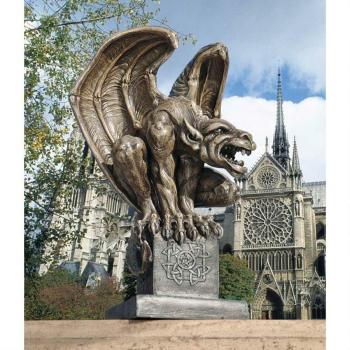 C.S. Lewis’ Screwtape Letters consist of an imagined correspondence between a senior, experienced demon Screwtape and his young nephew Wormwood. Screwtape gives advice on tempting and leading astray humans; and Lewis thereby makes some insightful and often biting observations about the human condition and how easily we are deceived by the forces of evil.

Well, I’m happy to report some new letters have just been discovered, this time from Screwtape’s relative Tapescrew, writing to his own nephew Woodworm. These letters don’t approach the quality of the original Screwtape Letters, but they do have some valuable insights to give us about the situation concerning worship in our churches today.

In today’s world there are some delicious tendencies which make it particularly easy to confuse, distract and divert the Enemy’s people from the things on which they should be focused. Some of our unwitting agents among the philosophers and academics have paved the way for the current wonderful situation, whereby the pathetic creatures seem to each go around in their own little bubble, unaware of forces and values which extend beyond the boundaries of their own consciousness and concern.

While there are some isolated voices crying out things like “It’s all about Him!” these cries are, as it were, cries in the wilderness, and largely fall on deaf ears, thank Badness. There are blissfully few who are able to crack the barrier of their own self-absorption and truly focus even on other humans, much less on divine priorities and demands. That makes our work so much easier! The worms bounce around inside the shell of self-centeredness, which is about all they know; and then they wonder why they feel that they are without a meaning or a purpose which extends beyond themselves! They do the work for us, in many respects, as they so successfully fill their lives with a multitude of sweetly irrelevant pursuits, leaving little time or energy for the Enemy’s worrisome projects and plans.

In their churches, this kind of rampant individualism gets carried to hilarious extremes. In a delightfully blind way, these beings can recite creeds and sing songs and pray prayers which speak of the Enemy’s sovereign (and, we would say, dictatorial) rule over all things, and then they turn around and act as though they themselves are the center of the universe! It is in their churches, those annoying places intended by the Enemy for corporate brainwashing and mutual encouragement in the perverse ways of holiness and godliness, that we find the most exciting displays of selfishness and narrow-mindedness. The smaller the issue, it seems, the more overwrought their emotions become in their stubborn campaign to get their own way! I tell you, we hardly need to whisper a corrupting suggestion into their ears before they are off fighting over the color of the carpet, the brand of coffee served, or even—most thrilling of all—over their worship! And each one with a self-righteous conviction that his or her own convictions or preferences on the matter just happen to exactly coincide with the Enemy’s point of view!

I tell you, it warms our devilish hearts when we are able to use worship, of all things, as a way to divide the Enemy’s people! The one activity which should unite them the most has become a wonderful seedbed for strife and disagreement. And it’s all made possible when they begin to look out for themselves and their interests rather than the Enemy’s. And that perspective, I’m happy to report, is everywhere. It’s embarrassingly easy to promote among those creatures, and truly is one of our greatest successes!