RSS
← GOD WITH US: The Wondrous Mystery
ETERNAL PRAISE: Reflections from Revelation (7) →

ETERNAL PRAISE AND THE NATIONS
(Revelation 7)

The body of Christ has a beautiful diversity, made up of believers from many nations, many cultures, and speaking many different languages. But the beauty, of course, is that what unites is far greater and deeper than what unites us:

There is one body and one Spirit—just as you were called to the one hope that belongs to your call— one Lord, one faith, one baptism, one God and Father of all, who is over all and through all and in all. (Ephesians 4:4-6)

God loves diversity; look at the world He created! And God gets great delight and honor and glory from the huge variety of different ways that His people praise Him all over the world. 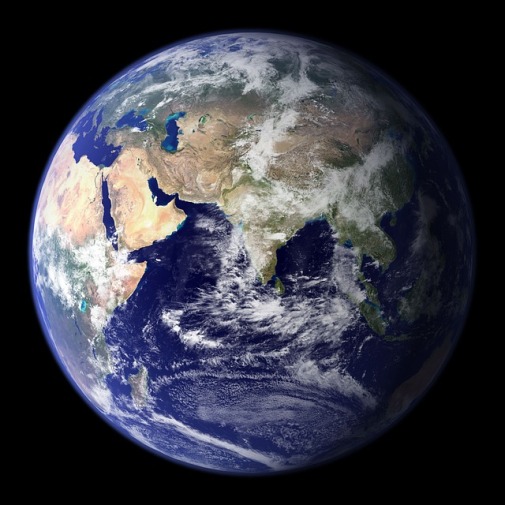 1. GOD’S HEART FOR THE NATIONS

In Worship Notes we saw how the Gospel can be seen as a call to worship: an invitation to turn from false worship of so many things, to the true worship of the Creator. And we saw that in missions, we simply take that call to worship to all nations. Psalm 67 is a powerful expression of God’s desire for the Eternal Praise of the Nations.

May God be gracious to us and bless us and make His face to shine upon us, (67:1)

The Psalmist of Israel is praying for God’s blessing upon them as a people. The people of Israel had no problem with asking for God to bless them; they enjoyed being God’s chosen people. But all too often they forgot about what the Psalmist goes on to say:

May God be gracious to us and bless us and make His face to shine upon us,) that Your way may be known on earth, Your saving power among all nations. (67:2)

Israel was to be a light to the nations, to show them the importance of bowing before the one true God. But all too often the people just looked down on the other nations from their position of privilege, enjoying the blessings of God without giving thought to spreading them abroad. (We can often forget this as well, of course.)

And what does God desire from the nations?

God, who created us to worship Him and redeemed us to restore true worship to us, desires the praise of all peoples and all nations. John Piper’s book on missions, takes its name from Psalm 67:4: Let the Nations Be Glad: The Supremacy of God in Missions.

Autobiographically speaking, 25 years ago the opening sentences of that book transformed the way I thought about missions, and about worship, and even about God:

“Missions is the not the ultimate goal of the church. Worship is. Missions exists because worship doesn’t.”

In missions we of course want to reach people and help people; but it is ultimately so that they too can become the worshipers of God they were created to be. This is a God-centered view of missions, and of ministry generally. It is finally all about God and His glory: the glory and praise He deserves from all whom He has created.

As Piper puts it in the same book:

“God is pursuing with omnipotent passion a worldwide purpose of gathering joyful worshipers for Himself from every tribe and tongue and people and nation. He has an inexhaustible enthusiasm for the supremacy of His name among the nations.”

And we have the privilege of joining in with God in His grand purpose of calling the nations to worship, inviting them to bow before their Creator and give Him Eternal Praise.

Let’s now briefly scan through the Bible as a whole and see how this theme of God’s Heart for the Nations is developed; let us see God’s heart and vision for the nations.

An interesting place to start is in Genesis 11. It is there we read that mankind in its rebellion gathered in one place to build a great city and a great tower; their purpose: “Let us make a name for ourselves.” As you remember the account, God judges the people by confusing their languages so that they scatter across the earth. And that’s why we have different people groups, and different cultures, and different nations, and different languages. That’s why we have to struggle to learn a new language, why we have to have translators when we cross cultures. When we get to Revelation we find Eternal Praises being lifted up to God “from every tribe and tongue and people and nation.” God receives more praise, and more diverse praise, because of what happened in Genesis 11. He receives praises in every tongue, and from every corner of the earth! God can take the sin and rebellion of man and by His sovereign power turn it to His glory! (That’s exactly what he did at the Cross.) [Thanks to John Piper for this fascinating insight.]

In the very next chapter we read about the call of Abraham. Here again we see God’s divine initiative in revealing Himself to this pagan man, and calling Him to go to the land He would show him. God makes a set of promises to, and finally: “in you all the families of earth shall be blessed.” This is sometimes called the Great Commission of the Old Testament. It shows us that from the beginning God intended to bless the nations. Even while God is narrowing His focus to build one special nation, He still has the whole earth in mind.

As mentioned before, the nation of Israel often forgot this broader purpose of God; they thought they were special, and looked down on the Gentiles. Put them in fear, O Lord! Let the nations know that they are but men! But then something interesting occurs. Later in Israel’s history we see a wider understanding emerging. We saw it already in Psalm 67: the Psalmist’s understanding that the blessing of God on Israel as a nation should lead to the Name of the Lord and His salvation being made known to all nations, so that all the peoples might praise Him and that the nations might be glad and sing for joy. Psalm 96 is another of many similar examples:

“Sing to the Lord, bless His name; tell of His salvation from day to day. Declare His glory among the nations, His marvelous works among all the peoples.” (Psalm 96:2-3)

The Davidic Covenant seems to be much more outward-looking in this respect: the promised Messiah, the King from the line of David, would be one who would rule over all the nations.

In Jesus’ own words, He came to “seek the lost sheep of the house of Israel” (Matthew 15:24), and His earthly ministry focused primarily on His own people. But there are, of course, numerous indications of a wider purpose.

Jesus ministers to the Samaritan woman in John chapter 4. In Mark 7, Jesus exorcises the daughter of the Syrophoenician woman, and in Luke 7 heals the servant of the Roman centurion. In John 10, Jesus the Good Shepherd declares, “I have other sheep who are not of this fold.” And in the Great Commission, Jesus explicitly tells His followers to “go therefore and make disciples of all nations” (Matthew 28:18).

Jesus’ disciples are to wait for the coming of the Holy Spirit, and then they will be His witnesses not only to Jerusalem and Judah, but also to Samaria and even “to the end of the earth” (Acts 1:8). In Acts 10, Peter through a dream is encouraged to reach outside his ethnic comfort zone and preach to the house of the Roman centurion Cornelius. And Paul of course is called to be the Apostle to the Gentiles. At the Jerusalem Council in Acts 15, the leaders of the Jerusalem church ratified that the gospel could go forth to other ethnic groups without being constrained by Jewish practices.

Next month we will see how God’s heart for the nations results in Eternal Praise from the nations.

Posted by ronmanwri on December 26, 2018 in Nations, Revelation

← GOD WITH US: The Wondrous Mystery
ETERNAL PRAISE: Reflections from Revelation (7) →